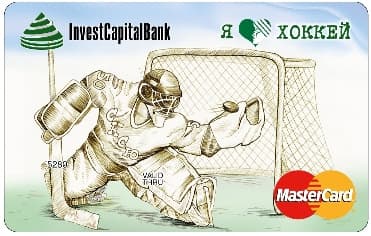 ALIOTH Company has produced bank cards dedicated to World Junior Hockey Championship which is held in Ufa (Bashkortostan, Russia) since the 26th of December, 2012 till the 5th of January, 2013. This project was initiated by InvestKapitalBank.

Cards were made under the conditions of agreement between InvestKapitalBank and Hockey Fans Association of the leading hockey clubs in Russia – “Salavat Ulayev” and “Toros”. Hockey fan’s plastic card becomes the identifier of a true admirer of hockey.

Hockey card holders can take unique advantages. Firstly, they can participate in regular actions in drawing of regular and seasonal tickets on the games with participation of hockey clubs “Salavat Ulayev” and “Toros”. Secondly, they can receive considerable discounts (from 5% to 20%) in more than 250 points of sales, which are partners of the bank in the Republic of Bashkortostan.

Cards for hockey fans were produced in very short period of time, including both process of production and design development. Before the beginning of games of the World Championship they were received in the branch banks in Ufa.

Bulat Mulyukov, Head of plastic cards direction, InvestKapitalBank noted that the bank expresses its thanks to General Director Igor Vasilyev and all workers of ALIOTH Company for completing the order in fantastically short period of time, that is really important for all hockey fans.

“We consider that competitive advantage of ALIOTH Company is availability of professional design bureau and high-quality equipment. Due to these factors we are able to produce required batches in rather large volumes and work with different orders of very high degree of complexity. We tend to work on interesting projects and offer optimal solutions, which can be realized on high-technology equipment in our manufacturing plant,” comments Nikolay Chuykov, Key account manager, ALIOTH.