On February, 3 2014 Russian TV channel TVC broadcasted video about modernization and production of Muscovite’s social cards. Also this video is devoted to usage opportunities of the same cards in regions of Russian Federation. Production of these cards launched on ALIOTH’s factory in January 2014.

At the end of 2013 ALIOTH company received status of certified MasterCard payment application developer, for such applications as MChip4 Select and MChip4 Advance, including PayPass and MagStripe (FastPay). This status approves that work of ALIOTH’s development group meets high quality and security requirements for smart card payment applications.

In October, 2013 ALIOTH completed certification of EMV-product of its own development – chip module SCOne C12 in international payment systems MasterCard and VISA. Current line of SCOne EMV payment products for financial market includes chip modules SCOne C12, D24 and D80. Successful product certification approves high quality of ALIOTH’s development group work. It was certified without any limits and for 3 years with opportunity to prolong this (maximal period of time).

In June 2013 in retail food shops “Azbuka Vkusa” in Moscow and Moscow region was launched the selling of pre-paid cards of Mastercard “Promsvyazbank – Azbuka Vkusa” with design of show “Alegria” Cirque du Soleil. ALIOTH Company produced pack for these cards Card Solid Pack. While producing, besides completition production of package, company made assembly of complete set of cards, including putting in of additional materials, and also putting on the cards of perso-data in the bar-code and card ID. ALIOTH Company provided completed production at the earliest possible date.

ALIOTH Company has produced bank cards dedicated to World Junior Hockey Championship which is held in Ufa (Bashkortostan, Russia) since the 26th of December, 2012 till the 5th of January, 2013. This project was initiated by InvestKapitalBank. Cards were made under the conditions of agreement between InvestKapitalBank and Hockey Fans Association of the leading hockey clubs in Russia – “Salavat Ulayev” and “Toros”. Hockey fan’s plastic card becomes the identifier of a true admirer of hockey.

he 6th International Bank Conference “INPAS-Event 2012” took place in Kiyev (Ukraine) on the 28th – 30th of November, 2012. It was devoted to main tendencies in bank sphere development. In the framework of conference the significant issues which were generally discussed are acquiring development, optimization of IT resources in banks, contactless payments and introduction of NFC technologies in daily life, also the most modern designed equipment of cash machines were introduced.

At the beginning of September 2012 company ALIOTH, Ltd. won tender on personalization of 11 000 plastic cards work pieces for Universal electronic cards (UEC) for Kurgan region. This project realizes in the framework of currently adopted Federal law on UEC production and gradual introduction of them in Russian Federation. Originally they will be introduced as voluntary and then as obligatory identifier.

ALIOTH: uniqueness in every card 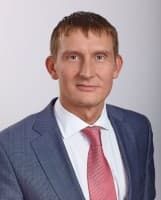 There was rapid growth of plastic card market in Russia in 2012. Will this tendency maintain this year? Do plastic card producers achieve technological breakthrough? Which ways of development will be popular in 2013? These and other questions were answered by Igor Vasiliyev, Director General of ALIOTH Company, which is one of the leading companies on Russian plastic cards market in volume of issued cards. The interview was obtained for journal “PLUS”.

(All videos on the website of ALIOTH Company are in Russian)

Film “Insurance against burglars” on the TV-channel “Rossiya-2” with participation of ALIOTH Company.

Interview “We tend to create intellect” with Igor Vasiliyev, Director General on ALIOTH Company can be found on the website Banki.ru in the project “Banks-TV”.

– Which business goals are in front of the producer of plastic cards now?

– How the personalization is demanded?

– What is the operation system SCOne?

Russians prefer to pay in cash